At this very moment, I am laying in the very skinny but very luxurious bathtub in our hotel in Fromista. Filled with cool water. It was the hottest day yet (100 degrees), the longest day yet for the family, and the second longest day so far (16.7 miles). The master plan was to do three days of hiking while staying at budget dormitory accommodations with a shared bathroom, and then have a rest day. That was a great plan, as I think the kids might sleep in until noon tomorrow. The kids didn’t do a ton of training (maybe 3, 8-mile hikes), I am thrilled how their bodies and spirits are not suffering. There’s nothing I crave more than quality family time and introducing my kids to new experiences. Last night, as we were in family bunkbeds in a room of 14 beds with people from Germany, India, Hungary, and Denmark, I felt so content. I drifted off to sleep, smiling, after giving Ruby a leg massage and watching Miles draw in his sketchbook by headlamp.

The first two nights with the family had the hostel experience I was hoping to get to the children.

Upon arrival to Castrojeriz,  we found a municipal swimming pool to cool off in. Later we learned that five male soccer teams were also at the swimming pool, which helped us to understand why it was 99% men. We all were required to wear swim caps and giggled endlessly at how silly we looked, but no one else batted an eye, as they were also wearing them.

We were remiss that this second hostel did not also have a leg massager and tiny backyard pool, but we got over it, as it had a “cave!” This root cellar of sorts was about 30° cooler than outside, so we spent a good bit of time sitting in there in the dark. 🙂

We were given a picnic breakfast, which is the common way to provide breakfast if we will be leaving before it is served. Breakfast is typically served at 7 AM or 7:30 AM, and we seem to be the people who hit the road last, even though we are out the door by about 7:15 AM. The picnic, inevitably, every time has a ham and cheese sandwich, definitely without vegetables or any spreads, in completely white sandwich bread. Not gourmet, but at least calories.

This Meseta terrain is quite flat and without much shade, so today’s climb up a 500 foot hill was a nice reprieve. A few miles after the climb, there was a food truck well placed by trees and picnic tables, and served fresh coffee for a donation price. After we all imbibed, a jolly runner joined us. After chatting for a few minutes and learning that he was running the whole thing and covering about 30 miles per day, Ruby decided to join him for 2 miles! After they said there goodbyes, we creeped on him on Google. We typed in: Nick, UK, and running. We learned that he is famous and has run a marathon in every country! Nick Butter – pretty amazing story.

Ruby has a very active mind, and my favorite question that she asked today was best: Can your tongue get sunburned?

Taking a rest day after three days of hiking put us off track with the other pilgrims. I felt a loss as we would probably never see them again, but part of what I’m here to learn on this journey is to let go. So here was an opportunity.😀 We’ve been hiking for about the last two weeks near this choir of 17 from SUNY Potsdam. They sing each evening in the Cathedral of the town where we are staying, and I’ve been moved to tears several times.

On the Camino, we are easily bonded with each other, as we all share a common purpose. We learn about each other’s journeys, bodily struggles, lives back home, and what we’ve marveled at throughout the day. What we don’t usually learn are each other’s names, which is so different from the rest of life. Once realizing this, I decided to ask a few people and their names, and had a strange sort of surprise when learning it. Like I was trying to see if the name fit the personality, as I got to know the personality first. And the weird thing is that somehow the name seems to be irrelevant, but helpful when recounting about them. Peter was the very first person that Bizzy and I met at breakfast before we took our first step from St. Jean. And we just ran into him again after 16 days! He has hiked most of the PCT four times, and the Appalachian Trail. I was sure that his occupation had something to do with the outdoors, and when it dawned on me to ask him, I found out that he had a law firm before he retired. Cara is one of the choral singers who moved me to tears. Martin is the German guy who we usually see around 9:30 AM at a café with a beer.  Dawn and Suzanne from Texas felt like they would be our best friends if we lived in the states. And same with Marjorie, Maria, and Susan from Sacramento. But now they are all gone from us, and I am letting go.

Our family unit of four is usually our best selves while backpacking. And although our luggage is luxuriously being transported each day and so we all only have 5 pounds on our backs, this has been the same experience. We listen to each other, share things with each other that we would never think to back in our regular lives, and ask questions. We have space and time. Even walking silently beside each other feels bonding. There is so much laughter, so much honesty, and so much being present in the moment.  This time feels especially poignant, being that Miles will be flying the coop to California in 35 days (but who’s counting?) to Orange Coast College and Ruby will be advancing from middle school to high school.

Without fail, Mark notoriously provides us with hours of entertainment on these trips by surprising us with riddles, for which we need to figure out by only asking yes or no questions. Each of us is all in.

Earlier in the journey, I was noting all the different things to notice. My favorite is still probably the door knobs in the middle of the doors. Something that Miles has been noticing the whole way that didn’t even don on me: the cars. The different makes, and how many of them are stick shifts. The beauty of diversity.

Something that has helped me in feeling especially close to the kids that I could never have predicted ahead of time is this: the water bladder that I keep inside of my backpack and drink from all day long holds 3 L. Being that the rest of the family has old-fashioned water bottles, it’s much more convenient to drink from my tube. So frequently, either of the kids saddle up close beside me, and take a drink. As bizarre as it sounds, it takes me back to their nursing days. That closeness and connection is something I long for, and I’m getting it in this new way. 🙂 Who knew?! I think I now know the new accessory that I will always be wearing back home.😉

Teachings continue to unfold on the journey. Here’s one: at first, we learned that bubbly water was Agua Con Gas. Then in the grocery store, we thought we are being advanced, and saw Gaseosa, a clear bubbly liquid in the beverage section and realized there was a broader name for our beloved carbonated water. We were proud of our ability to learn from context clues. Then we bought it and realized that it, in fact, was not bubbly water. Then using our resources better, and pulling out Google Translate, we realize that we had learned the word for Soda through lived – experience. Now so wise, later at a bar and wanting a cool drink, we ask which types of Gaseosas they had. And in impeccable English, the bartender proceeded to tell us that the drink we were asking for was, in fact, a clear soda, akin to Sprite. He continued on, sharing that what he thought we were actually asking about was the varieties of soda they had, like Coke, Fanta, etc. which, in fact, have a different name. That word is Refrescos. It seems that the moral of the story is stay courageous and don’t worry too much about looking like an idiot. 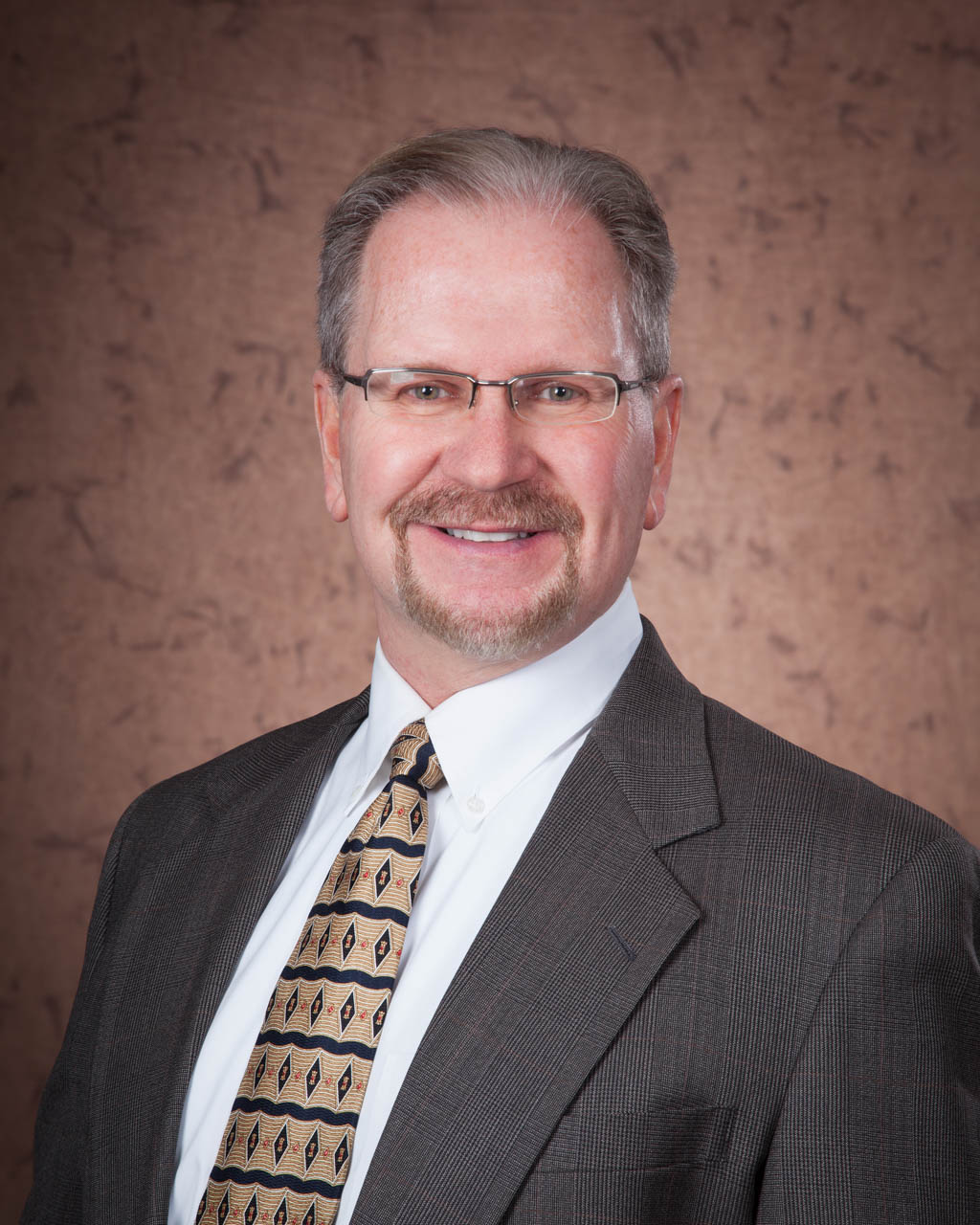 The garlic, the washing machine, and flatbed

The cool African wind whipped my hair as I stood in the back of the flatbed. After climbing 4,000 feet in elevation that day, I was five minutes from arrival. …