Where What You Know Ends & Gen Z Begins

As 2022 rolls into place we’re finding far more of the younger generation wrapping up their full-time education and making their way full-time into the workplace. We are in a significant time of change with the power of social media drawing attention to problems that were previously dismissed and swept under the rug.

Older generations are running the corporate environment, who knew the world before; the younger, incoming workers who have only seen it modernized. Now, we stand on two opposing ends of a ravine.

So the question becomes, how do we create an environment where both the younger and older generations thrive together despite our differing outlooks?

Every business has its own mission and vision for the future, but true evolution requires adaptation from its environment. By opening up for feedback you can hear from both the older and newer employees on what changes can be made to grow.

Recently, when I was scrolling through Instagram, I noticed how excited I became when I came across this one business’ story. They frequently utilize the polls & questions feature to incorporate a ‘this or that’ type of post where their audience can dictate the aesthetic of upcoming designs. Being the huge fan I am of their work, this opportunity to participate in what comes next absolutely thrills me.

Creating a sort of feedback system that’s frequented every so often gives employees the opportunity to discuss ideas they may have that can benefit the business as a whole.

Gen Z is “more likely to purchase from brands that support causes or charities that are important to them.” They are the generation of ‘cancel culture’, willing to drop people and companies if they do not support what they do behind the scenes. They know how to mobilize efforts for a good cause and expect it to be done across the board in every part of their community. From diversity and environmental causes to gender equality, they expect efforts to be made from the place they work.

By keeping up to date on current standards and providing a safe space for communication on these topics we can create an environment where everyone’s voice gets to be heard and drive more purpose into the mission we share together.

Historically, workers were taught that loyalty was the most important trait to have. GenZers openly criticize this idea because when intense loyalty has been given to someone prematurely, the likelihood of being walked over, unappreciated, and disrespected increases.

Back when I was working my first job in fast-food, I recall a time when the entire kitchen was stressed out and frantic because of the dinner rush coming in after the neighboring high school’s football game. We kept getting order changes at the back window and the manager on duty asked the person outside taking orders to slow down and ask the customers probing questions to see if they wanted anything else before sending the orders through. Despite this effort, big changes were still being made. The manager then humiliated the order taker over the headset in front of the entire staff with hurtful language. The order taker then came back inside, dropped off all the equipment, quit, and walked out on the spot. 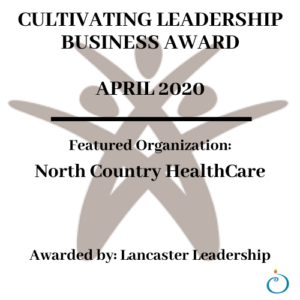 When it comes to an organization that cares about the health of the community, North Country HealthCare rises to the top. As a federally qualified community health center that provides …

Vision Boards as part of your strategic planning

“Imagination is everything. It is the preview of life’s coming attractions.” — Albert Einstein If you are an organizational leader, chances are you participate in some form of strategic planning …